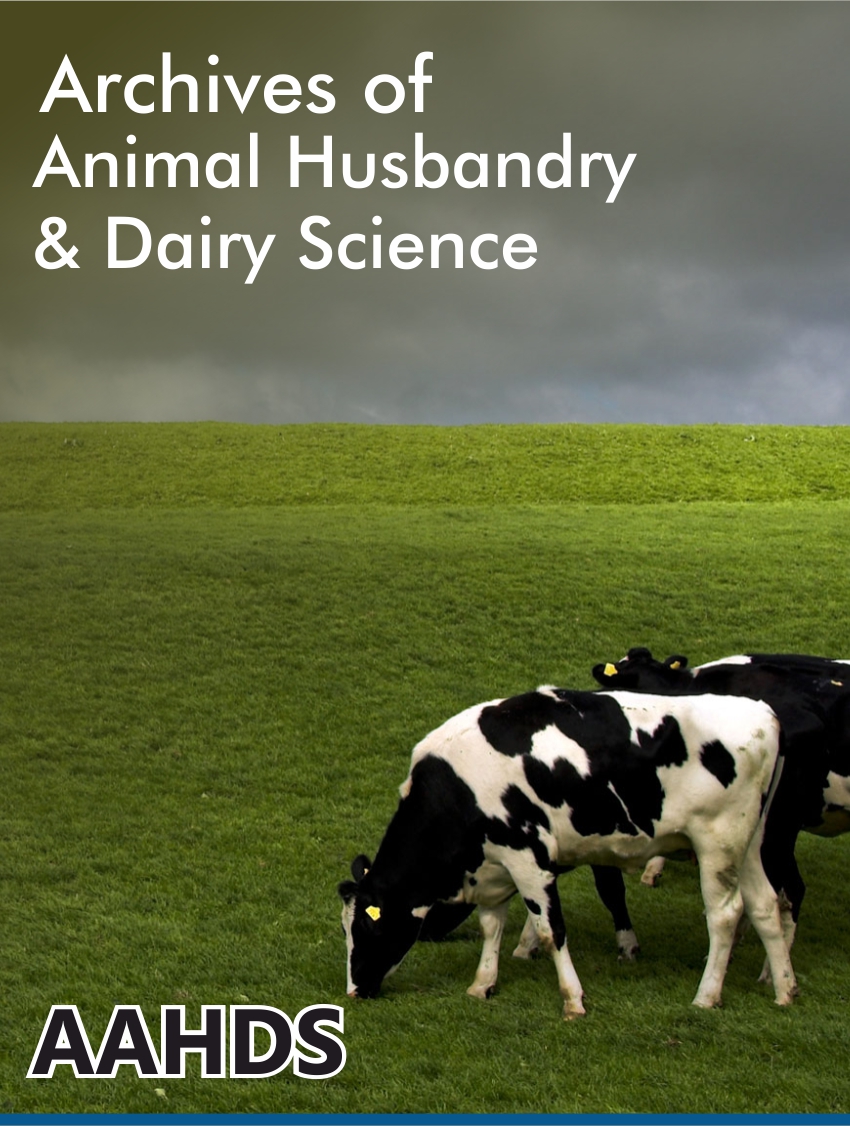 Brucella canis may cause infection of the sexual organs in male dogs, miscarriage in females and infertility or dyscospondilitis in both sexes. Prompt treatment of infection involves a round of antibiotics whose length and type vary. Different drug combinations have been used but relapse occurs shortly after therapy is discontinued. We report three cases of dogs with B. canis isolation and positive serology that were neutered and treated with different antibiotic protocols separated by intervals of 30 days. Dogs were monitored over a long period by clinical examination, serology, bacteriology and PCR. One of them continued to show positive IELISA, RSAT and PCR in blood 3 years after the last treatment. Another canine showed positive urine PCR and this being an important finding since the animal had been neutered almost 3 years ago. In spite of the small number of dogs, this report suggests the importance of monitoring positive cases and of taking sanitary measures to prevent spread of the disease and to adequately protect the human environment.

Brucellosis is an infectious disease caused by an aerobic negative gram coccobacillus, not sporulated, still and intracellular, which causes abortions and infertility in females, epididymitis and orchitis in males and discospondylitis with signs in both sexes. However, signs are often absent, and shedding of B. canis into the environment may occur for a long period of 3 years or more [1,2]. Serological studies in conjunction with clinical signs define diagnosis. The Gold standard is bacterial isolation from blood, urine, vaginal discharges, aborted materials and tissues. As bacteremia seldom occurs six months after infection, isolation from blood is very difficult and many authors recommend multiple samples of whole blood [2]. The extensive period of persistence of serological titres of infected animals is well known, but it is not clear what happens following different treatments. Currently, molecular methods provide a large quantity of information depending on time elapsed and type of sample used for diagnosis [3,4]. Although different combination of drugs is used for canine brucellosis [1,2,5], relapse occurs shortly after therapy is discontinued.

This report presents the results of clinical, serology, bacteriology and PCR assays of three male dogs with canine brucellosis treated with antibiotics and followed up long term. These dogs had been diagnosed with canine brucellosis in different institutions and were referred to our laboratory for confirmation. At admission clinical examination of canine # 1 (aged 4) showed epididymo- orchitis and had a history of sexual contact with an unknown female two months before signs began. Canine # 2 (aged 1) had been brought from a farm at the age of two months with no relevant epidemiologic data. Three months later, he presented symptoms compatible with brucellosis, the main signs being thoracolumbar pain with mild paresis, the Rx shown disk lesion, and bilateral epididymitis. Canine # 3 (age 2) showed epididymitis with severe pain in the spine, he had been bought from a commercial breeder two years before and at that time looked healthy. Sera from all dogs were collected and the following tests were performed: buffered plate antigen test (BPAT) [6] to rule out anti-SLPS Brucella spp. antibodies, rapid slide agglutination test (RSAT) [7] as screening test and indirect ELISA (IELISA) as confirmatory test [8] for detection of antibodies anti- Brucella canis. After the clinical findings and positive serological results (Table 1), surgical sterilization was suggested. During castration, blood culture and tissue samples were taken from all dogs, but urine was obtained only from canine # 1 and # 2. Immediately after surgery the treatment began with different antibiotic protocols (Table 2).

Table 1: Serology, bacteriology and clinical findings of the dogs.

Blood cultures were incubated for 30 days at 37 °C in an atmosphere supplemented with 10% CO2 and were passed weekly to solid media. One urine aliquot was spread onto solid media and other aliquot was inoculated into liquid medium; then both aliquots were incubated under the same conditions as the blood cultures. Samples of testicles were streaked directly onto solid media (Agar Brucella BBTM) and incubated at 37 °C in an atmosphere supplemented with 10% CO2. The isolated Brucella colonies were identified and classified at the Brucellosis service of ANLIS according to standard procedures [9,10]. DNA was extracted from whole blood and urine using extraction columns from QuickgDNAtm- Blood NiniPrep and ZR Genomic DNAtm Tissue Miniprep (Zymo Epigenetics CompanyTM – Irvine California USA), following manufacturer’s instructions. For PCR (Polymerase Chain Reaction) we used the Baily et al. [11] method, and molecular typing was run as described previously [3]. PCR standard amplified BCSP31 target gene region. The amplification reaction mixture was prepared in a volume of 25μl containing 200μM desoxynucleoside tryphosphate, 5 μl of Colorless GoTaq® Reaction Buffer containing 1.5 mM MgCl2 as final concentration, 15 μl ultrapure water, 0.5μM of each primer B4/ B5 (TGGCTCGGTTGCCAATATCAA / CGCGCTTGCCTTTCAGGTCTG) and 1U GoTaq® DNA Polymerase (Promega). DNA of B. canis RM6/66 was used as positive control and ultrapure water as negative control. After initial denaturation at 95 °C for 5 min, the PCR protocol was: 60 s of template denaturation, 60 s of primer annealing at 65 °C, and 60 s extension at 72 °C (total 35 cycles), with a final extension at 72 °C for 10 min. The samples were analyzed by electrophoresis in a 1.5% agarose gel, stained with ethidium bromide (0.5 μg/ml) and DNA bands were visualized under UV light. For detection of the genus Brucella pure Taq Ready -To - Go PCR Beads was used. Identification of B. canis was possible when amplicon of omp2b/2a was detected by B. canis specific primers, as was identification of BCSP31 and omp31 target genes [9]. Canines # 1 and # 2 were treated with enrofloxacin plus streptomycin and canine # 3 with minocycline plus streptomycin according to literature recommendations [1]. These antibiotic protocols were selected in view of sizes of the canines and the owners’ economic possibilities.

The many authors who have described this disease agree that persistence antibody titres were detected up to 36 months or more after infection. In addition, serological titers may fluctuate even with persistent bacteremia, whose magnitude does not reflect the stage of the disease [1,2]. False negative results may occur in males because the organism may harbor in prostate glands and epididymides long after bacteremia ceases. Experimentally infected dogs have been reported to remain blood culture positive for as long as 5 years after primary infection. Nevertheless, bacteremia may be absent or intermittent 6 months post infection [1,2], on the other hand, it is not clear what happens in natural infections. In some cases, despite compatible reactive serology and epidemiology, isolation cannot be achieved [12, 13]. Table 1 shows serological and bacteriological results from the three dogs during treatment and monitoring. Bacteria could be isolated from blood only in canine # 2, from urine in canine # 1 and # 2 and from tissue in canine #2 and 3#. This result indicates the importance of taking many samples to confirm the diagnosis of this disease. In fact, considering these diagnostic challenges, identifying infected animals is difficult [14]. During this monitoring, an excellent response to therapy with enrofloxacin plus streptomycin was found in canine #2 with clinical improvement in the spondylitis disc, a situation initially prescribed with tetracyclines according to literature [1] (Table 2). The symptoms resolved quickly within a few days of treatment in all canines. After 30 days of therapy, the dogs were clinically examined and were found asymptomatic.

New sera, urine and blood samples were taken, serological tests showed positive results and from urine of canine # 1, B. canis was isolated. Because two or three courses of therapy may be required [2], we decided to treat dogs with antibiotic therapy days 37 and 67 (Table 2). Only canine 1 # returned to new monitoring at day 97; it was found negative to serological and blood culture tests and was discharged symptom-free. Three years later new samples were taken for serology, bacteriology and PCR (Table 3): canine # 3 was negative and canine # 1 was PCR positive only in urine whereas canine # 2 was RSAT and IELISA positive, indicating persistence of antibodies probably due to B. canis localization; PCR of blood was consistent with these results. At this time, Brucella was not isolated from samples from the three animals, probably due to absence of bacteremia or cessation of the natural infection (Table 3).

Date: months after the last control

Persistence of Brucella DNA in human patients after years of clinical recovery has been described [15]. This could explain the blood PCR result of canine # 2 and urine PCR result of canine # 1 (Table 3), although the literature describes Brucella elimination in urine approximately 7 months or more after primary infection. In both samples, molecular typification was performed with the result of Brucella canis [9], consistently with serological results. Molecular patterns are shown in (Figure 1).

The finding in urine opens a question: is this bacterial elimination or DNA in urine? Is it a new infection or persistence of the old one? A positive PCR indicates that the pathogen’s nucleic acid genome was present but not necessarily that Brucella was present. It has been stated that the failure to obtain bacterial growth could be due to sample contamination, the small quantity of sample or absence of bacteria but, in our sample, contamination was not observed.

A report of the year 2012 showed isolation of Brucella canis out of urine from a neutered and treated dog a year after the first isolation [16].

This report suggests the need to monitor infected animals in order to establish the natural course of the disease and to maintain adequate preventive measures to prevent human and animal infections. The limitation of this study was the small number of dogs followed up for a long period.

There is no conflict of interest to declare.