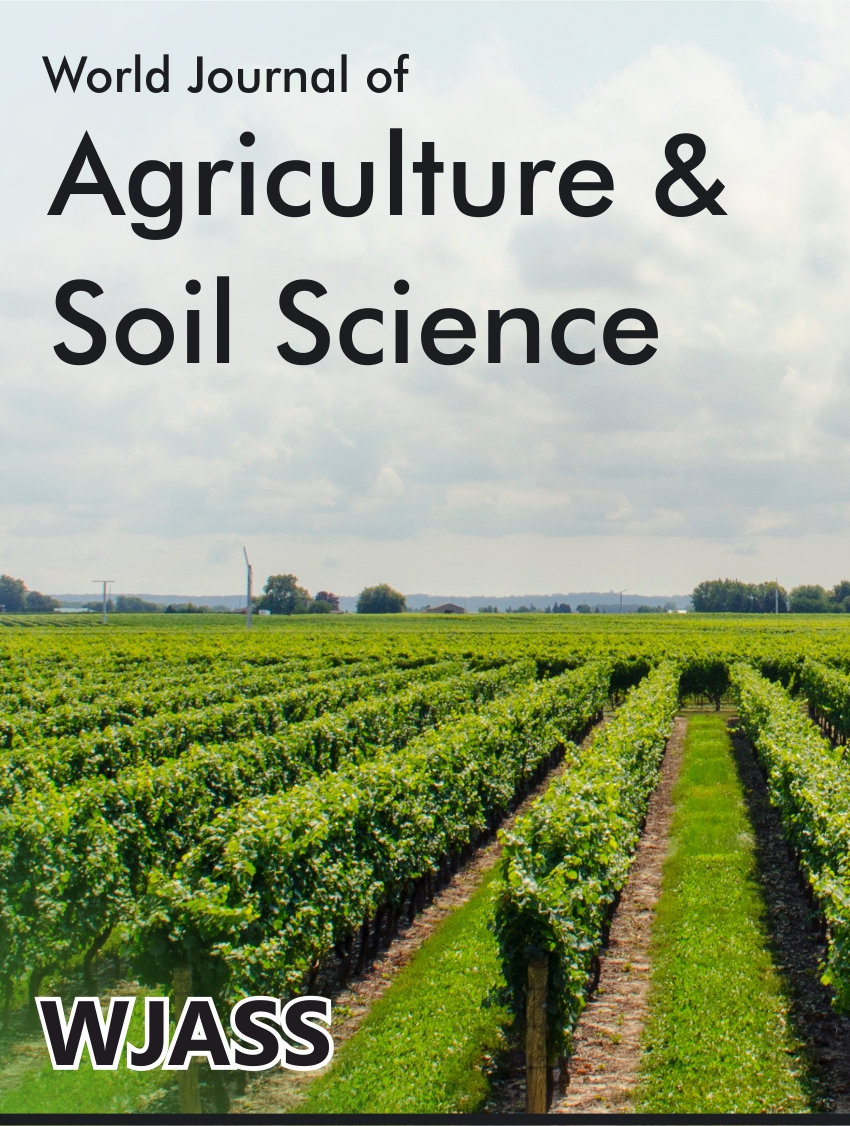 This study aims to evaluate the effect of white lupine seeds as a substitute for soybean meal in the diets of Twenty-four 6 and a half monthold Barbarine lambs (average initial weight 23 kg) were divided into three equal groups. Three types of concentrates, the first two of which were iso-nitrogenous, were formulated as follows: CC1 containing 75% barley, 22.5% soybean meal and 2.5%mineral and vitamin supplement; CC2 containing lupine as a substitute for soybeans; and CC3 containing only barley and CMV (This is the concentrated 1 devoid of soybean meal). In addition to the hay that was distributed ad libitum, animals assigned to the first and the second group received daily, 500 g of concentrate 1 and 500g of concentrate 2, respectively. Those assigned to the third one received alternately concentrate 2 (day1) and concentrate 3 (day2). Experiment period was divided in a growth period (80 days) followed by a digestible period (10 days). Diet had no significant effect on total dry matter and water intakes, average daily gain, diet digestibility and microbial synthesis (P > 0.05). For the nitrogen balance, the animals showed different retained nitrogen level (P < 0.05). Fermentation parameters were not affected by protein source. However, only the number of protozoa was influenced by the day of fluid collection (P < 0.05). It can be concluded that lupine grains can substitute safely soybean meal in diets of Barbarine lambs.

In Tunisia, particularly in the arid and semi-arid zones, climatic conditions have caused the degradation of rangelands leading to a chronic forage deficit and a nutritional imbalance in animals, particularly in sheep and goats. Thus, energy and / or nitrogen supplementation has become essential to maintain these animals and ensure the expected performance. For this reason, Tunisia has resorted to the import of raw materials including soybean meal, barley and corn [1]. However, fluctuations in their prices on the world market are negatively affecting animal nutrition industry. Our country imports annually, over 300,000 tons of soybean meal at a price of 1.2dt / kg [2]. Similarly, these imported raw materials are unstably available on the Tunisian market which can affect the profitability of farms and alter the sustainability of animal production sector in Tunisia. As a result, several attempts to replace these foods, including soybean meal, have been considered by researchers. Protein crops (Lupine, faba beans and peas) are good alternatives to soybean meal because of their high crude protein content. However, despite their good nutritional quality, their use in animal nutrition is currently limited due to the presence of anti-nutritional factors (Faba bean tannins, lupine alkaloids) and their fluctuating availability on the market (limited forage legume crops). Thus, the main objective of this study is the evaluation of the substitution effect of soybean meal by sweet lupine on the ingestion, digestion, growth and meat quality in Barbarine lambs.

Twenty-four six-month-old Barbarine lambs were selected. The initial live weight averaged 23 kg. These animals were transported to INRAT headquarters. They were acclimated for 4 days to new housing conditions. Lambs were weighed than divided into three equal groups. All animals received oat hay ad libitum and concentrate. the first group received CC1 containing 75% barley, 22.5% soybean meal and 2.5% CMV, whereas the second received CC2 containing lupine as a substitute for soybeans in term of CP to be iso-nitrogenous with CC1. The third group received intermittently CC2 and CC3 which contain only barley and CMV. Animals have undergone a growth period (80 days) followed by a digestible period (10 days).

During growth period, average daily growth was assessed through weighing animals biweekly. At digestible period, lambs were housed individually in metabolic cages and were allowed three days for acclimatization to new conditions. Animals received weighed amounts of corresponding feed. A 7-day faecal collection period started on the following day. After weighing the amounts of fresh feed, refusals and faeces, samples of each were taken daily. Part of each sample was used for DM determination and the other part (20% of the weight of the fresh refusals and faeces) was stored at 4 °C for hay and concentrates or at – 5 °C for faeces. Urine was collected in plastic recipients containing 100ml of a 10% sulphuric acid solution (v/v) to maintain pH below 3. After weighing, an aliquot (10%) corresponding to each animal was taken and frozen (- 20 °C). In the last day, pooled samples of individual feed refusal, and faeces were dried at 50 °C; ground through 1 mm screen then stored pending analysis. Pooled samples of urine were stored in the freezer (- 20 °C) until analyzed. Rumen fluid was taken in two consecutive days to measure pH and ammonia content and to determine protozoa number.

The statistical analysis of the results was performed using an analysis of variance according to the model: Yijk = μ + Ai +εi.

Nutrient contents of feeds are presented in Table 1. Soyabean meal is greater in CP than lupine, while the opposite trend was observed for NDF, ADF and ADL.

Diets intake and digestibility are shown in Table 2. Results revealed that the nature of the additional protein source did not affect feed intake (P> 0.05), which corroborates with results reported by El Maadoudi [7] and El Maadoudi and El Housni [8]. The level of hay ingestion considered similar between the three groups reminds us of the result reported by Ephrem et al. [9]. This could be explained by the importance of the nutritional quality of protein sources and the tolerance of sheep to lupine alkaloids. Nevertheless, our results are contradictory to those reported by Lestingi et al. [10,11] by testing the replacement of peas and faba beans. In addition, proteins source did not reveal a significant effect on digestibility of MS, MO, MAT and NDF (P> 0.05). The amount of DCPi was significantly affected (P = 0.0003). Purroy et al [12] did observed significant differences in DM, OM, CP and fiber digestibility’s by replacing soybean meal with lupine seed in lambs. The incorporation of lupine into different quantities improved digestibility’s of DM, OM and cellulose without affecting those of NDF and ADF [13]. Lupine had no significant effect on their average daily gain (ADG). This result agrees with those of many trials carried out on the replacement of protein seeds by lupine which revealed comparable digestive uses between diets [9,11,14,15]. Moreover, Facciolongo et al. [16] found that supplementation with soybean meal and lupine induced similar ADG, while Lestingi et al. [10] showed low weight gain in animals fed lupine diet compared to those which consumed faba beans. We note that although the 3rd group received half of the quantity of lupine consumed by the 2nd one, the corresponding lambs were able to have similar and even better ADG than the others. This leads us to think about the concept of food efficiency. It seems that these animals were able to optimize their efficiency to transform food resources into meat to reach same weight as the others. The nitrogen balance and microbial synthesis are shown in Table 3. It appears that all animals had positive balances. However, a significant variation in the amount of nitrogen intake and retention was observed in the 3rd group in comparison with the two others. This difference is explained by the variation of the ingested quantity of the concentrate. On the other hand, by correcting the retained nitrogen to the nitrogen intake, the nitrogen balance was similar for all diets, which confirms that animals had the same nitrogen use efficiency. Moreover, similar CP digestibility reinforces this finding.

Table 2: Effect of supplementation of lupine on intake, apparent digestibility of diets and daily gain in lambs.

Table 3: Effect of supplementation of lupine on nitrogen balance and microbial N supply in lambs.

The total amount of purine and the amount of microbial nitrogen were not influenced by the source of supplemented proteins (P> 0.05), which is consistent with the lack of effect on the CP digestibility. In accordance with our results, Yu et al. [17] found no significant differences between purine and microbial nitrogen concentrations in lambs supplemented or not with blue lupine or faba beans.

Table 4 presents the different fermentation parameters. Our study showed that the average pH of rumen juice was affected by the diet (P < 0.05). pH corresponding to the 2nd group (6.25) exceeded significantly that of the 1st group (6.07), but no significant difference was detected between pH corresponding to the 3rd group (6.13) and the others. Brand et al. [18] reported pH values ranged between 6.4 and 6.3 in castrated rams fed a lupine diet. Rumen ammonia level was affected only by diet (P > 0.05). The highest concentration was observed in daily lupine fed lambs (23.9 mg / dl). White et al. (2002) found that ruminal ammonia concentration was higher with lupine incorporation rate of 70% than with 35%, which corroborates the high ammonia level in animals receiving lupine daily and the low one in animals receiving lupine intermittently. Protozoa enumeration revealed a significant difference between diets. Animals belonging to the 2nd group had the highest number (15.3 * 105 / ml) whereas those of the 3rd group had the lowest one (11.7 * 105 / ml). This could be explained by the corresponding ammonia concentrations in the rumen since a large population of protozoa is generally associated with a high concentration of ammonia in the rumen [19,20].

Table 4: Effect of supplementation of lupine on nitrogen balance and microbial N supply in lambs.

It can be concluded that lupine grains can substitute safely soybean meal in diets of Barbarine lambs. The distribution intermittently of lupine seems to be a double interesting alternative to soybean meal. It decreases lupine quantity and therefore reduce feeding cost.