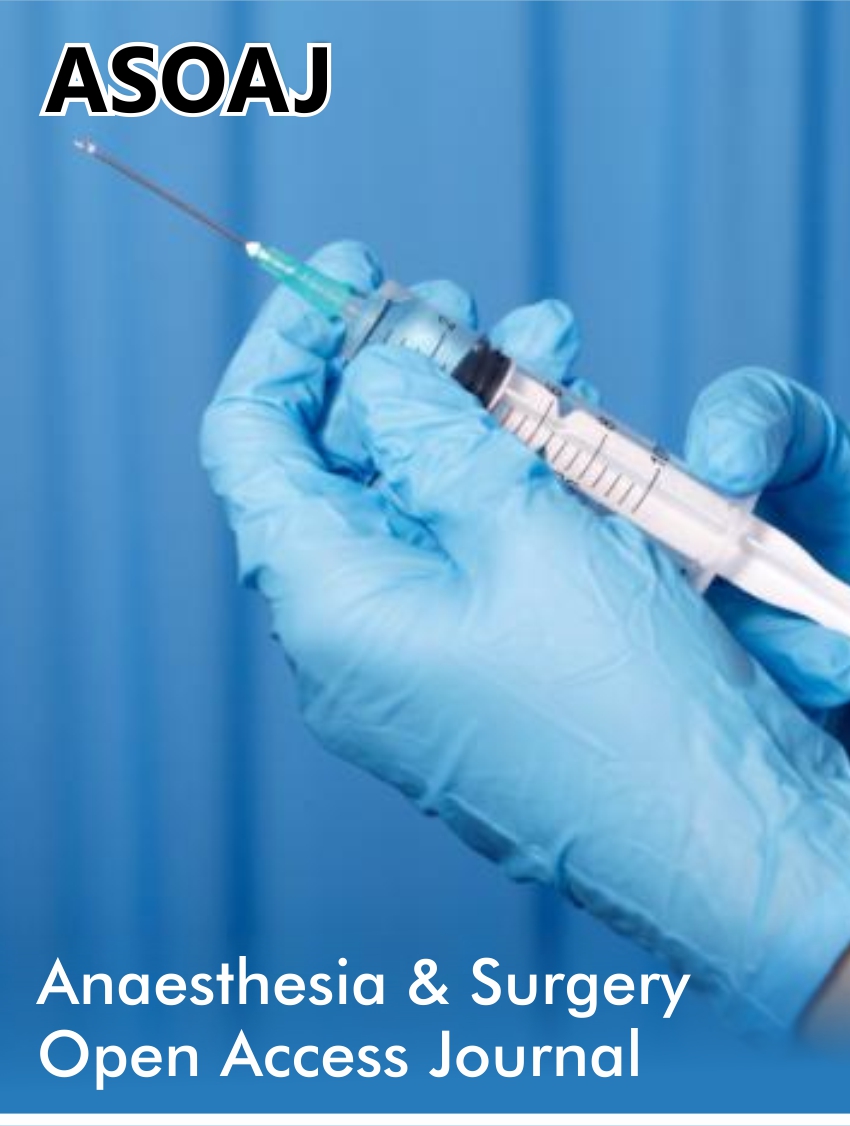 Summary of background: Trauma leading to physical work limitation specially of upper limb can be extremely worrisome in individual, most importantly if he is the sole bearer of a family. This case presented by us, will clearly depict that if an appropriate diagnostic setting and step-wise approach is used, the Brachial Plexus injury leading to CRPS-II can be improved with better outcome in the physical functioning of the affected limb.

Method: A 55-year-old patient presented to the Pain management department with complains of pain in Left arm, forearm, and hand with paresis. This started after an event of fall from a running bike about 4 months back. The power in his shoulder was 2/5, Elbow 1/5 and wrist 1/5. He also complained of severe paroxysmal pain of sharp, stabbing character in his entire arm majorly on lateral side with a continuous dull deep aching pain. He was having loss of hair on his hand with swelling mostly on the wrist’s dorsum aspect. CRPS 2 was provisionally thought and was taken for SGB block, which improved his pain and sudomotor signs. In the next sitting, Hydro-dissection was performed in the injured Brachial plexus site with 0.9% normal saline at the trunk and division level which led to improvement in his power over a period of 1 month time.

Result: A prompt diagnosis of CRPS-2 with appropriate sympathetic block can help in preventing the further progress. Also, even after 4 months of the injury, an apt hydro- dissection to relieve the post traumatic fibrosis can improve the nerve conduction and can eventually save the limb.

Trauma leading to physical work limitation specially of upper limb can be extremely worrisome in individual, most importantly if he is the sole bearer of a family. Trauma leading to the brachial plexus injury is around 1.2% as reported in a study done on multi-trauma population [1]. Poor diagnosis and lack of proper identification of the issues can lead to partial or complete motor loss.

There could be many factors which can substantiate the injury and conduction loss post the nerve injury. It could be direct trauma leading to avulsion or neurotmesis or even neuropraxia. Trauma in the adjoining soft tissue leads to release of inflammatory mediators, which can cause inflammation of the nerves. Increase post traumatic sympathetic function can lead to vasoconstriction and finally ischemia of the nerves itself. Nerve injury leading to autoimmune activation can further damaged the nerves near that site have also been established [2].

This case presented by us will clearly depict that if an appropriate diagnostic setting and step-wise approach is used, the Brachial Plexus injury leading to CRPS-II can be improved with better outcome in the physical functioning of the affected limb.

Our patient, a 56-year-old man, presented to us with the complaints of inability move his entire left arm along with paroxysmal sharp shooting pain in the lateral part of his arm, forearm up to the wrist.

This started after he was involved in a road traffic accident about 4 months back, where he was thrown from his bike. He did have any head injury but when he was taken to the hospital, there was a significant amount of swelling in the front of his left shoulder [Figure 1].

After receiving, treatment in the hospital, he was discharged in 2 days. After about 48hrs, he started feeling slight numbness in his fingers which progressed to his arm and shoulder in 3-4 days. He was then unable to lift his shoulders, flex his elbow and was unable to move his fingers. He then again reviewed his physician, where and ultrasound was done which reported soft tissue oedema near the trunks and the division level of left Brachial plexus. He also underwent MRI of the left brachial plexus which stated abnormal signal and thickening of the superior and middle truncal parts with adjoining divisions. Soft tissue oedema and hyperintense signal intensity on T2W and STIR sequences, was suggestive of Neuropraxia/ neuritis of the involved segments. However, no root avulsion was reported. Right sided Brachial plexus appeared normal [Figure 2].

He then consulted several neurologist and neurosurgeons, where he was kept on conservative treatment with drugs Methyl cobalamin, Gabapentin and multivitamin supplementation. He was also getting physical rehabilitation therapy from a physiotherapist. All these measures yielded negligible improvements.

When he came to our OPD for his sharp shooting pain management, his power in his shoulders was 2/5, elbow and wrist having 1/5 power. Sensory impairment was not present, but he had features of hyperesthesia on the dorsum of his left hand and forearm. Loss of hair was visible along with oedema, mostly over the dorsum of hand. On further questioning he affirmed that apart from his sharp shooting pain, there is a continuous dull aching pain located in his entire arm, but he was unable localize the pain to a specific region.

As he was fulfilling all the criteria for CRPS-II, a decision to proceed with left sided Stellate Ganglion block was made. After his family’s appropriate consent, his left sided Stellate Ganglion was blocked with all aseptic precautions under Ultrasound guidance. Bupivacaine 0.25% and particulate steroid, Triamcinolone 40mg was used. Initially he reported increase in the pain intensity but after 48hrs, his VAS was 4/10.

He was continued on his neuropathic medications, Gabapentin 400 mg BD with Amitriptyline 10 mg BD and Tablet Neurobion Forte OD for 2 weeks. He came back with VAS 3/10, with relief in sharp shooting pain and in sudomotor features. Although, no improvement in his motor power was seen.

His next MRI reported resolution of oedema. Hence was taken for hydro dissection near the involved Brachial plexus segments. Hydro-dissection was done using 20 ml of 0.9% Normal Saline under ultrasound guidance. Post procedure, immediate results were not remarkable, but over the period of 20 days, his shoulder power improved to 3/5 with power in his elbow and wrist improved to 2/5.

It a known fact that normally, sensory axons depict little activity in absence of stimulus. But during an event of injury there is Spontaneous activity which develops especially due to retrograde chromatolysis along with the sprouting of new nerves.

A large increase in sodium channels like NaV 1.6, NaV 1.9 is seen, facilitating the depolarization of the sprouted neuromas [3]. Lidocaine in concentration with no effect on conduction have shown to block these sodium channels with reduction in the nerve injury effects.

Sprouting of postganglionic sympathetic efferents are also seen near the injury site, these in response to Nerve growth factor from the Schwann cells, release catecholamines, which produce Chronic regional pain syndrome like picture seen in this patient. Catecholamine discharge along with ATP have shown to play a major role in sympathetic mediated pain [4].

Bennett et al. have shown the vulnerability of the mixed nerves on circumferential constriction [6].

The constriction arising post local tissue oedema and fibrosis can severely compromise the functioning of neural tissues. Certainly, if hydro dissection done at the appropriate levels, can halt the nerve compression with improved healing.

Hydro dissection with Normal Saline has been used for carpal tunnel cases with good outcome as shown by Wu Y-T et al [7].

It will remove the locally released neurotransmitters like Catecholamines, Cytokines and Nitric oxide preventing the ongoing inflammation, injury and oxidative damage of the nerves.

The removal of cytokines will also decrease the chances of autoimmunity, preventing the development debilitating chronic pain and will cause down-regulation of the Na+ channels, lowering down spontaneous discharges perceived as paroxysmal pain. The decrease in afferent activity will prevent sensitization of Dorsal root Ganglions and will prevent receptive field activation. Sprouting of A beta fibers will also be contained, as seen following the nerve injury [8].

Hence, a careful decided approach was used to first stop the sympathetic discharge by blocking the Stellate Ganglion followed by the hydro-dissection of the involved brachial plexus segments.

The case presented by us about this patient clearly depicts that a thorough clinical examination with appropriate diagnostic procedures is required to delineate the cause of such paresis and neuropathic pain post injury.

Also, careful stepwise approach towards decreasing the sympathetic overflow followed by appropriate hydro dissection to wash away the inflammatory mediators have number of advantages such as halting the ongoing inflammation and neuritis, prevention of sprouting and ectopic discharges with cessation of the development of autoimmunity halting the chronic pain state. Hence, we would like to emphasize that neuronal recovery is still possible, even after 4 months of injury. It’s never to late, to try.