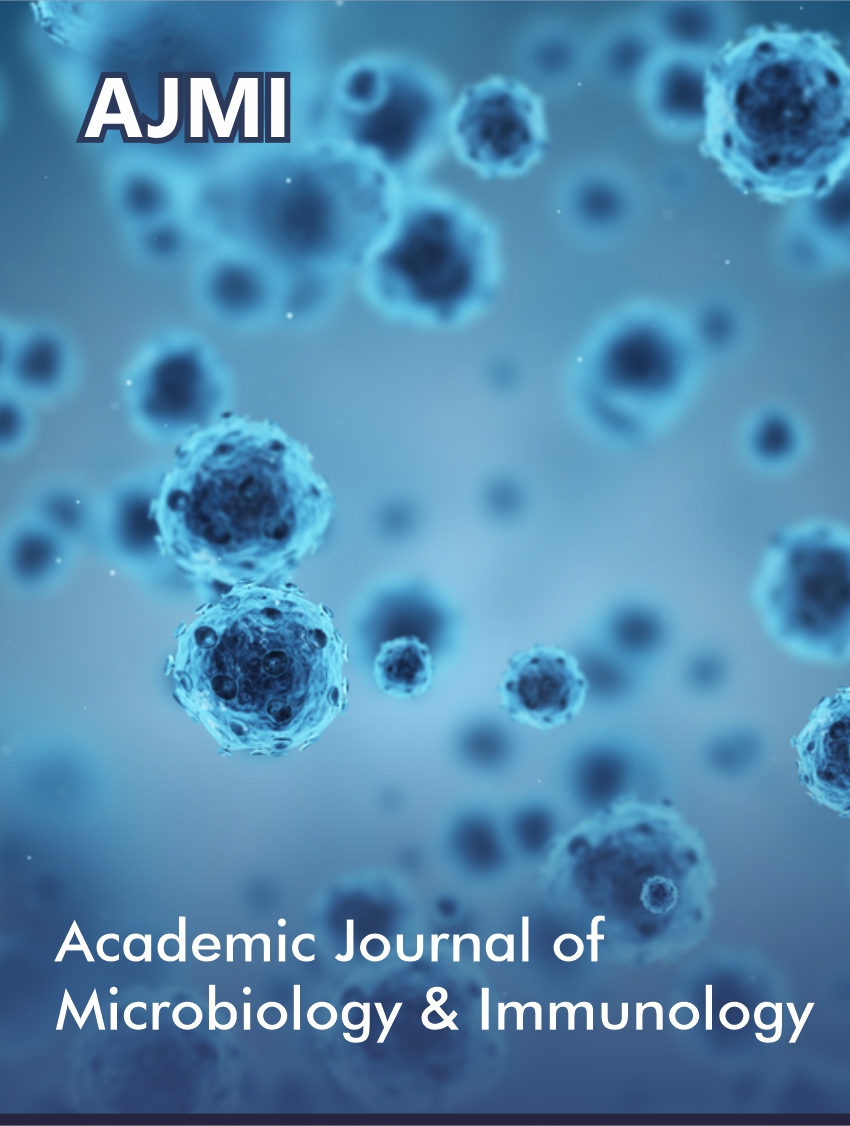 2Institute of Hydrogeology and Engineering Geology

Mavlyanova Sh. Z, FRepublican Specialized Scientific and Practical Medical Center of Dermatovenerology and Cosmetology of the Ministry of Health of the Republic of Uzbekistan

The article presents the results of chemical, clinical and experimental studies of siliceous solutions. Silicon as a trace element is biologically necessary for a living organism. Violation of the exchange of silicon in the human body leads to the development of a number of skin diseases - dermatitis, erysipelatous inflammation of the skin, etc. According to foreign authors, flint water helps the body compensate for the negative environmental factor (industrial, anthropogenic, etc.) aimed at increasing immunity and maintaining nervous systems; Spectrometric research methods have shown that activated siliceous waters contain a complex of chemical elements from Si, Ca, Mg, K, Na and REE, yttrium, uranium, thorium and scandium. The results of the study showed that siliceous solutions, due to the chemical composition of medicinal minerals and REE elements, contribute to the enrichment of the chelating protein calprotectin in neutrophils, which further inhibits the growth of mixed bacterial and viral microorganisms, which leads to anti-infection efficiency

Opportunistic infections are a group of diseases caused by opportunistic microorganisms, to be more precise, by asporogenous gram-positive chemo-organotrophic facultative anaerobic bacteria (staphylococci, streptococci) and prokaryotic microorganisms - viruses, in people with immune deficiency. The word opportunos derives from the Latin opportunus for convenient, profitable, and the Latin infectio for infection, and also, from Eng. opportunus.

The seeding of healthy skin with staphylococci and streptococci, according to different authors, ranges from 3.2 to 98%. 5-10% of healthy people show a continuous carriage of S.aureus, especially in the armpits and perineum folds, and 30% of the carriers have them in the nasal cavity. Disorders of symbiotic interactions within the microbial association, as well as between the macroorganism and its microbiota, contribute to the development of opportunistic diseases.

Thus, the results of microbiological studies of the skin lesions in the allergic skin diseases showed that out of 156 patients, 138 had gramspositive chemo-organotropic facultative anaerobic bac-teria from the Mycrococcaceae family - Starchylococcus spp., which makes up 88.4%. Meanwhile, the yeast-like fungi of the genus Candida were found on the mucous membranes in 93 of 135 patients (68.8%) [2].

Among the staphylococcal flora, the largest number was St. aureus (52.8% of cases). Moreover, high colonization was noted on the skin of patients - up to –1617.6±818.4 CFU / cm² (in the normal range of up to 8.1 CFU). Whereas, the intestinal mucosa colonization level of Candida spp. averaged to - 4275±28,8 CFU/ ml. (in healthy people it is 501±12,6 CFU/ml, Р<0,05). In 78% of cases, the pathological skin processes in patients with allergic dermatoses with increased colonization of Staphylococcus spp. was characterized by extensity of the process, the presence of erythematous and infiltrated rashes, and absence of the secondary pustular elements with an intense itching.

This phenomenon prompted us to basic scientific research - determining the genotyping of staphylococci by PCR research. Thus, molecular genetic studies have shown that in patients with allergic dermatoses, 47.7% (in 63 of 132 patients) cases develop persistent opportunistic infections caused by MRSA and toxic shock syndrome toxin (TSST) of St. aureus strains. Moreover, in 87.3% of patients with AD, methicillin-resistant staphylococcus was noted to be an etiological factor in the development of opportunistic infection [2].

According to Costernon J.W. (1995), most of these infections occur with the formation of biofilms. Gunzburg A.L., Ilyina T.S. et al. (2003) revealed the role of microelements, especially iron, copper, potassium, magnesium in metabolic processes that affect the formation of these biofilms. These microelements are involved in the activation of oxidative processes, enzyme systems, as well as in the energy production that occur in mitochondria [3-5].

Thanks to these biofilms, microorganisms increase their resistance to disinfectants, antibacterial drugs, bacteriophages, antibodies and phagocytes 50-500 times [5]. This phenomenon on the part of microorganisms is the main etiopathogenetic factor of chronicity and frequent recurrence of morbidity, which in turn leads to antibacterial resistance. In the works of Kochneva E.V. (2015), it was found that the clinical isolates of St.aureus showed a significantly greater (P <0.05) ability to these signs than reference strains [5].

In the studies of Helen Knight (2015) of the Massachusetts Institute of Technology, it was found that in the fight against infections, an important role is given to chelating proteins in neutrophils of the human body’s immune system[6]. One of the main representatives of the protein fraction is the calprotectin protein, which binds zinc and manganese, iron ions, thereby inhibiting the spread of both bacteria and infectious fungi. It was established by experimental studies that protein actually depletes iron in the medium, and the presence of excess calcium in the medium leads to a significantly greater depletion of iron, which stopped the growth of bacteria. Using radioactive isotopes, it was possible to show that the protein really does not allow microbes to absorb the desired microelement [5,7].

The authors indicate that bacteria reacted differently to the absence of different metals. For example, gram-negative bacteria, which include Escherichia coli, need only iron: after its ions were again added to the nutrient medium devastated by calprotectin, the bacteria resumed growth. On the contrary, grampositive bacteria, which includes the infamous Staphylococcus aureus, which causes furunculus, pneumonia, and meningitis, require an ion complex to grow - that is, in addition to iron, they also need zinc and manganese.

Research objective: to evaluate the chemical composition of siliceous solutions and determine a significant dose of silicon oxide in suppressing the growth of opportunistic microorganisms.

To solve this problem, chemical, clinical, experimental, microbiological studies have been performed. Chemical analysis of mineral waters was carried out in the hydrochemical laboratory of the State Unitary Enterprise “Uzbekhydrogeology” of the State Committee of Republic of Uzbekistan on geology and mineral resources. Determination of heavy metals in mineral waters was carried out by the ICP spectrometric research method; clinical, microbiological and experimental studies were carried out at the Republican Specialized Scientific and Practical Medical Center of Dermatovenerology and Cosmetology under the Ministry of Health of the Republic of Uzbekistan. An experimental study was conducted on the clinical strains of St.aureus isolated from 17 patients in the bacteriological laboratory . An aqueous solution of silicon of the concentration of 10 mg / l, 20 mg / l, 40 mg / l was added to the nutrient medium according to the dilution.

The antimicrobial activity of silicon water provided by Institute GIDROIENGEO was studied. Microbial suspension was prepared from a daily culture with an optical density of 0.1 using a spectrophotometer. A 104 colony-forming units (CFU) microbial suspension, titrated in an isotonic sodium chloride solution, was plated in a 100 μl Petri dish. The control group consisted of CFU grown on nutrient medium without the addition of test specimens. The inoculation was thermostated at a temperature of 37 ° C for 24 hours. After incubation, the grown colonies were counted and compared with control culture. The results of the study were statistically processed using standard methods of variation statistics using Student t-test using the Excel-Office-2003 application on a Pentium IV computer.

The antimicrobial activity of silicon water provided by Institute GIDROIENGEO was studied. Microbial suspension was prepared from a daily culture with an optical density of 0.1 using a spectrophotometer. A 104 colony-forming units (CFU) microbial suspension, titrated in an isotonic sodium chloride solution, was plated in a 100 μl Petri dish. The control group consisted of CFU grown on nutrient medium without the addition of test specimens. The inoculation was thermostated at a temperature of 37 ° C for 24 hours. After incubation, the grown colonies were counted and compared with control culture. The results of the study were statistically processed using standard methods of variation statistics using Student t-test using the Excel-Office-2003 application on a Pentium IV computer.

Table 1: Indicators of the effect of various concentrations of SiO2 silicon water on the clinical strains of St.aureus

The data of an experimental study show a positive correlation between the antibacterial action of an aqueous solution of silicon on its concentrations. This correlation manifested in the difference in absolute values of CFU in the experimental and control plates. The results of the antimicrobial activity of silicon water are presented in Table 1.

As follows from the table, a statistically significant decrease in the number of CFU was observed in all studied concentrations of an aqueous solution of silicon, both 10 mg / l, 20 mg / l, and 40 mg / l (p <0.001). The most apparent antimicrobial activity of silicon water was demonstrated by a SiO2 of 40 mg / L concentration [7]. In our opinion, such an antimicrobial activity of a siliceous solution is due to the saturation with ions of remedial minerals [7,8,9 ,10,11] and the presence of REE - rare-earth elements in it, which are presented in Table 2.

Thus, the results of spectrometric research methods showed that activated silicon waters contain a complex of chemical elements from Si, Ca, Mg, K, Na and REE, yttrium, uranium, thorium, and scandium, which, according to studies, are associated with the suppression of viral and bacterial microorganisms. Elements of the Fe family (Fe, Ni, Co, Cr) with Au, Ba, platinum metals (Figure 1) with rare-earth chemical elements, yttrium, uranium, thorium, and scandium do not form associations (compounds).

Silicon creates electrically charged colloidal systems that have the ability to adsorb and suppress viruses and pathogens, including staphylococci, as well as microorganisms which are extrinsic for humans [12,13,8]. According to the studies of Lemeshev S.A., silicon is an activator of water (H2O), and any and all cells of the human body are composed mainly of liquid, and the agents containing Rn Si CO2 ensure destruction of the structure of hepatitis B, C, D, E viruses, retroviruses of the herpes group and mainly HIV, AIDS [14]. In addition, silicon has the ability to closely connect with the protein compounds of the human body, including white blood cells (leukocytes, lymphocytes). This is important to achieve a positive result in the treatment of viral diseases. HIV virus is produced from RNA to a DNA matrix. Silicon substantially ceases this process [15- 24].

Also, the ionic composition of the siliceous solution enriches the mineral composition of calprotectin - a chelating protein in neutrophils, which helps to increase antimicrobial activity - activation of local immunity against opportunistic skin infections. Thus, our clinical studies have shown that the use of activated siliceous solutions contributed to an increase in the therapeutic efficacy of external therapy in 39 patients with allergic dermatoses, which was manifested by the degradation of the pathological skin process, as well as a decrease in the degree of colonization of staphylococcal flora in 36.7% of cases (P <0, 05) [8,25,26].

The results of the study showed that siliceous solutions, due to the chemical composition of medicinal minerals and REE elements, contribute to the enrichment of the chelating protein calprotectin in neutrophils, which further suppresses the growth of mixed bacterial and viral microorganisms and causes anti-infection efficiency. The results obtained indicate the widespread use of siliceous solutions in medical practice, in particular in dermatology.